Live At The Love Song 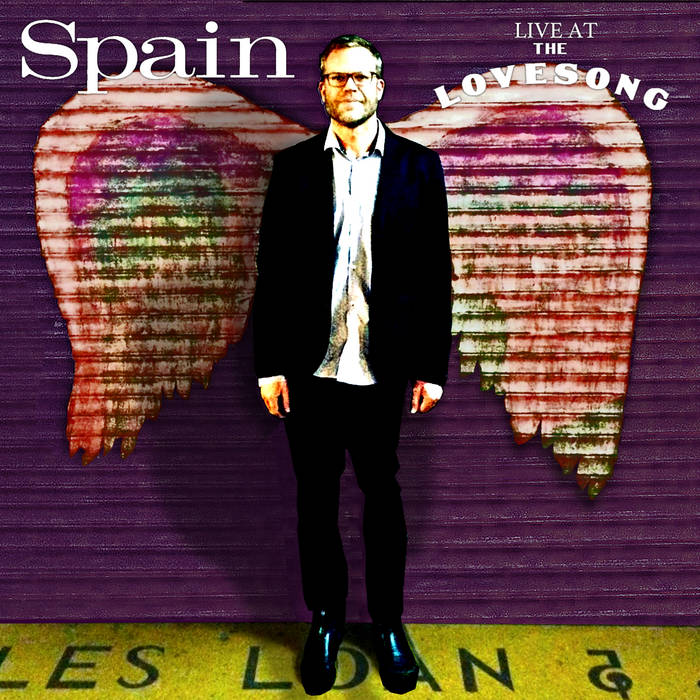 One beautiful April morning in 2016 Josh Haden, bassist, vocalist, and founding member of Los Angeles Indie Pop Slowcore Americana Free Jazz music collective Spain, woke up and thought to himself, “You know, I’d like to go on tour in L.A.”

Josh made some phone calls, and every Tuesday night, between May 2016 and March 2017, rain or shine, with the exception of the periods the band were on tour in Europe, Spain played in a little downtown L.A. speakeasy called The Love Song Bar. Part of the historic Regent Theater, built in 1924, the room oozes old school charm and classic Martinis.

“One of the things we started doing on tour in Europe was inviting guests to join us on stage. It was fun for us and I think the fans enjoyed it also. No two shows were alike. I took this idea and expanded it to our L.A. residency.” Over the course of the year the key unit of Spain (featuring Haden, lead guitarist Kenny Lyon, keyboardist & guitarist Shon Sullivan, and drummer Danny Frankel) were joined on stage by such groundbreaking musicians as multiple Grammy-nominated jazz guitarist Bill Frisell, Sun Ra drummer Craig Haynes, violinist and singer Petra Haden (Josh’s sister), Best Coast guitarist Bobb Bruno, Circle Jerks alumni multi-instrumentalist Zander Schloss, former Macy Gray saxophonist Matt DeMerritt, violinist extraordinaire Lili Haydn, and many more.

“When we were on tour in Europe I was recording all our shows with my portable recording device. I started doing that too with the Love Song shows. My friend, music producer and visual artist Nate Pottker started bringing his gear which enabled the recordings to have a much higher quality sound-wise. I began posting these recordings to the Spain music subscription page (spaintheband.bandcamp.com/subscribe), and our European record label Glitterhouse heard one of them and said, ‘We want to put that on vinyl!’”. (Haden’s Diamond Soul imprint is releasing the album on CD in North America).

“Nate and I went even further. I burrowed through all the recordings and picked what I thought best represented the Spain at the Love Song experience. Some of our greatest moments with Bill Frisell, Petra Haden, Bobb Bruno, and others are represented on this record. I didn’t want to put any effects on the tracks or try to make it sound like a studio album. I wanted the listener to feel what it’s like to come and hear Spain on any given Tuesday night at the Love Song.”

What’s Spain doing now? You can still see them at the Love Song in L.A., where they play the last Thursday night of every month. “Our Love Song residency is going into its first full year of shows!” remarks Josh. Spain are commencing work for their seventh full-length studio effort. “Our Love Song gig has really inspired me. Not only is it a lot of fun and a place to try out new songs, but it gives me ideas on how we should make the next record. It’s been a huge honor to play with all these great musicians. That sense of spontaneity and adventure is what I want to convey on our next studio album.”

Spain plays every last Thursday of the month at the Love Song.

More about Spain: www.spaintheband.com
More about the Love Song: www.theregenttheater.com/the-love-song-bar/

with (in order of appearance):