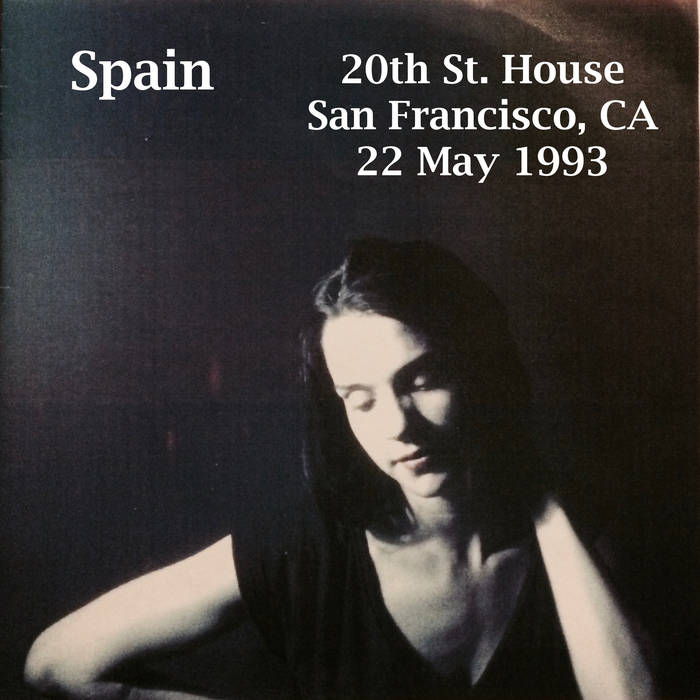 Blues entered my consciousness at a young age. I discovered John Lee Hooker’s It Serve You Right To Suffer as a teen. I bought This Is Hip and Highway Of Blues. I bought Muddy Waters’ Good News Vol. 3. I listened to Cowboy Junkies. I wrote “World Of Blue”, then “Spiritual”.

A lot of this is covered in Blue Moods Of Spain, A History Volumes One (spaintheband.bandcamp.com/album/blue-moods-of-spain-a-history-pt-1) and Two (spaintheband.bandcamp.com/album/blue-moods-of-spain-a-history-pt-2). I went to U.C. Irvine in 1988 to become a novelist. After I graduated I put Spain together, with one of my college roommates on lead guitar. On second guitar and drums were friends from high school. We rehearsed in the Valley. Ken, the lead guitarist, had a four track cassette recorder and that’s where we recorded the first batch of demos.

Several of my college friends moved to an old multi-level Victorian house in San Francisco. I spent a lot of time there. They would throw big parties. 1993. I asked if Spain could play at one of the parties. It seemed like a good place for our first show. We played “World Of Blue” and most of our earliest songs.

I remember the house had a basement practice room. There was a neighborhood struggle over a cat. Apparently the cat didn’t want to stay at the house. Other cats did stay there. Brian used to wash the dishes, and would scrub the sink basin afterwards, every time. He made pesto from cilantro. They would play a card game called “99” until the sun came up. I never understood that game, and never joined them. I can’t remember where I slept.

A year later we signed a record deal with L.A. label Restless. They were connected to a producer named Norm Kerner. We recorded Blue Moods at Brilliant Studios, a former metal foundry in S.F. skid row Norm converted to a studio. One night we had a party. Everyone from the 20th Street house was there.

Eventually the 20th St. residents moved out, got married and started families. I miss hanging out there. I miss Dolores Park and the old church on Dolores and 16th. I miss the cats, the card games I never participated in, the basement jam sessions, the pesto, and the view of San Francisco from their living room window.