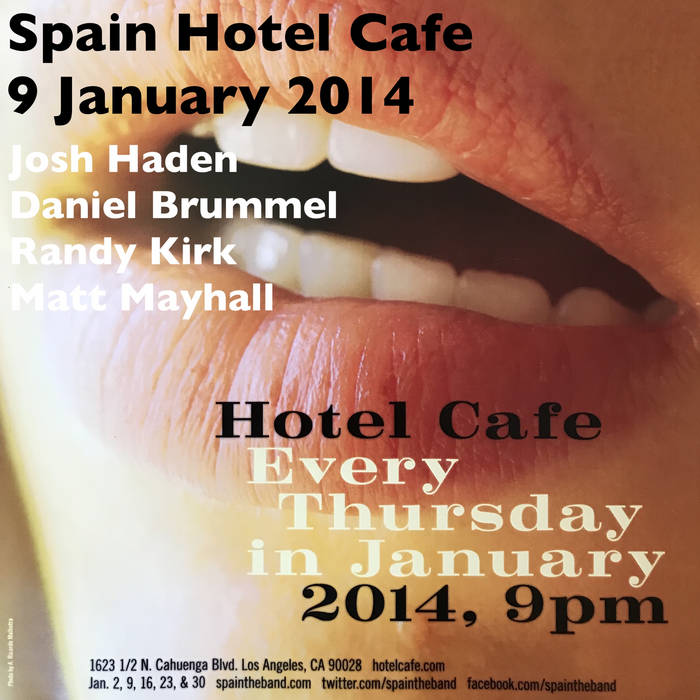 The Hotel Cafe is a little venue on Cahuenga Blvd. in Hollywood. I’ve played there many times over the years in many different configurations with several different artists. I remember when it was a dingy bar on a sketchy street off Hollywood Blvd. Now it’s pretty swanky. In January 2014 Spain had a residency there to help promote our “Morning Becomes Eclectic” live e.p. On this particular evening I broke a bass string which I rarely do anymore. I’m glad we got it on tape.