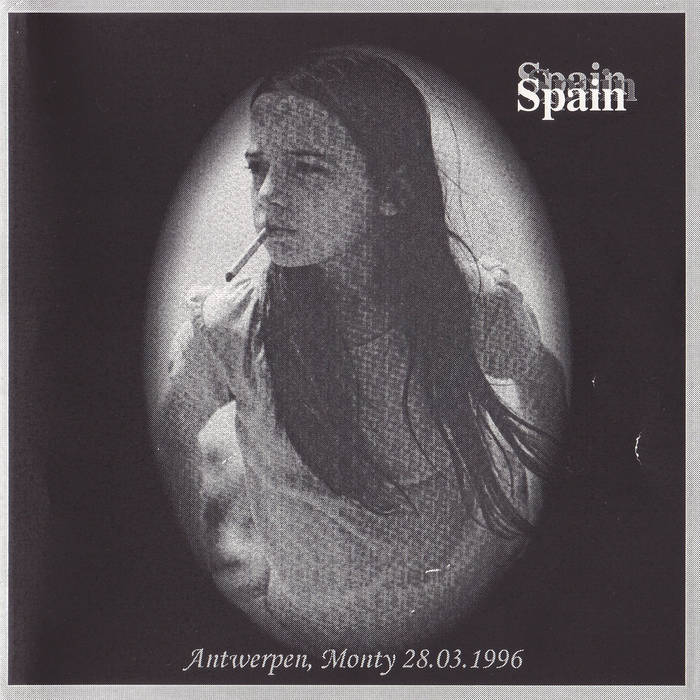 We drove eight hours from London to Antwerp. Two days earlier we’d driven eight hours from Paris to London. Lots of driving. We arrived at Monty, a two hundred person capacity theater on Montignystraat in Antwerp. A Belgian artist called Biack, AKA Bart Demey, opened the show. We stayed at Hotel Rubenshof, an old converted mansion at Amerikalei 115. The next day we drove a half hour to Haarlem. From there we drove to Brugge, and then we flew home. The long drives were over.

Sometime in 1999 or 2000 I received three CDs in the mail. They were bootlegs of Spain concerts, of varying degrees of sound quality, and they all had the same cover, a rip-off of the 1991 Dinosaur Jr. album Green Mind, which had in turn used the iconic photograph by Joseph Szabo. It was obviously meant to poke fun at the Blue Moods record cover, and I think it’s pretty funny. With this post the trifecta is completed. The two other bootleg recordings with this image can be found at spaintheband.bandcamp.com/album/spain-rockamadour-dour-belgium-01-december-1995, and spaintheband.bandcamp.com/album/spain-aula-magna-lisbon-portugal-10-may-1996.

As of 2021 both Kultuurfaktorij Monty and Hotel Rubenshof are still going strong.