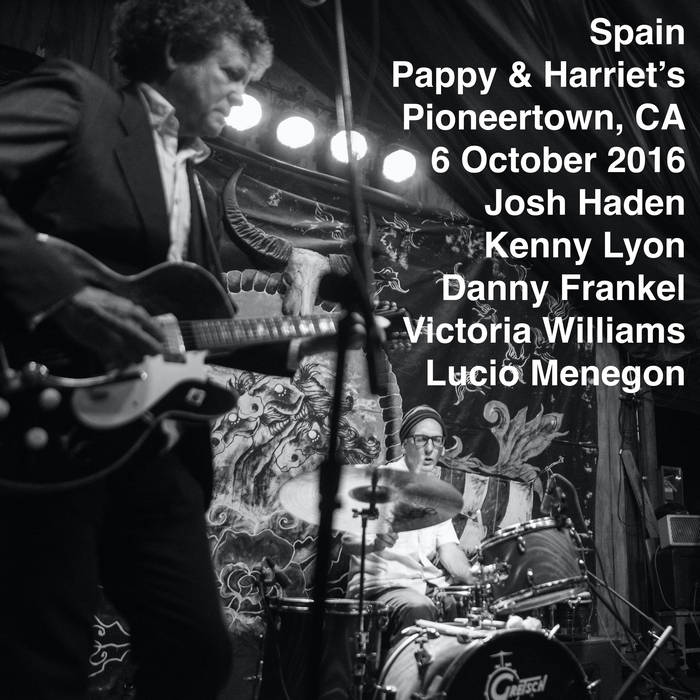 Pioneertown is a place in Joshua Tree National Forest. You drive on a highway to get there, and a paved street runs through the center of town, but mostly the roads are made of ancient dirt. Any particular road leads to the park. The park’s filled with twisting cacti called Joshua Trees. There’s hundreds of thousands of them. After walking about twenty feet you’re in an alien world.

Pappy & Harriet’s Pioneertown Palace is a music venue and hotel that’s been in Pioneertown since 1982. There are hitching posts out front. Inside, there’s sawdust on the floor and big long wooden tables with benches so everyone has to sit next to each other if they want to eat. Further inside there’s a small stage with small tables and some booths in front of it. There’s a small bar in the corner. If you walk out the back door you’ll see some shed-like houses that are for sale, and a dirt-covered parking lot.

I’ve always wanted Spain to play at Pappy & Harriet’s. On October 6, 2016, the opportunity finally came. We were joined onstage by two incredible musicians. Acclaimed folk singer and Joshua Tree resident Victoria Williams, and Lucio Menegon, a guitar genius who has recorded with our Danny Frankel amongst many others. In the audience were some old friends from my college days and I very much appreciated seeing them again. Cory Courtney took the photos and I thank him for his keen eye, and Brian Blueskye, music journalist, for helping to promote the show.

I liked this gig a lot. It happened two days after our “Bo Diddley Night” at the Love Song (see our Bandcamp page for the 4 Oct. 2016 recording), which explains the inclusion of “Bo Diddley” here. Thank you Joshua Trees, Pappy & Harriet’s, and Danny Frankel for hooking us up.