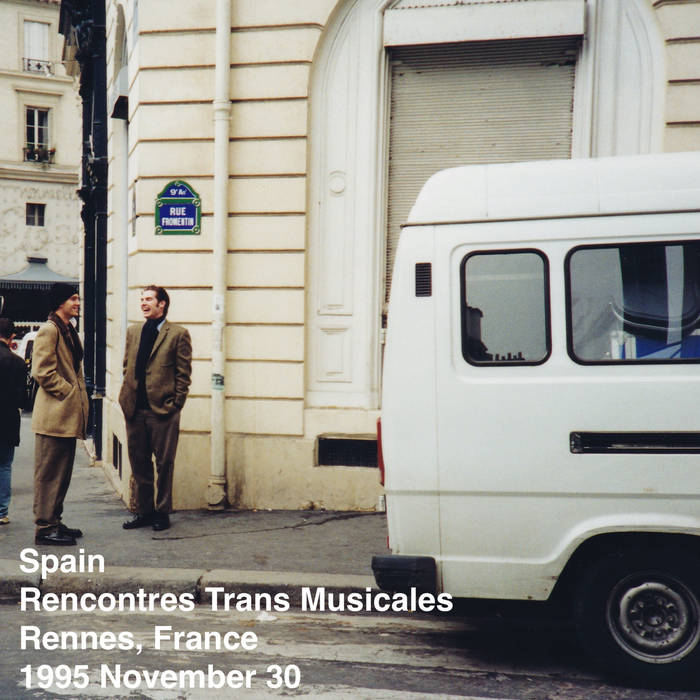 IN the summer of 1988 I went on a European tour with my dad, jazz bassist Charlie Haden. I was roadie for two weeks. Each week there were two separate trios. The first trio was my dad with drummer Paul Motian and pianist Paul Bley. The second trio had Geri Allen replacing Paul Bley on piano. I was twenty years old. It was my first time in Europe. Paul Motian would buy a new pair of sunglasses in every town. Paul Bley would give me advice. “When someone tells you they like your music,” he said, “Just say, ‘Thank you.’” Geri was traveling with her husband and infant son. One time, running to catch a train, Geri’s husband said to me, “Here, take the baby!” I ran with the baby in one arm and my suitcase in the other. We never missed a train.

I spent my off time sightseeing and blasting Killing Joke’s Outside The Gate on my Walkman. After I returned home, I thought to myself, that was fun, but when I go back to Europe, it’ll be with my own band.

Flash forward to late November, 1995. My band Spain’s debut album, The Blue Moods Of Spain, had just been released. The original line-up, myself, guitarists Ken Boudakian and Merlo Podlewski, and drummer Evan Hartzell, sat in the departure lounge of LAX, waiting on a plane to take us to Paris, France. From Paris we’d drive to Rennes, where we’d perform our first ever European show.

I have photos that tell the story. Waiting at LAX. Descending into De Gaulle airport. There’s a photo of the band at a press conference. There’s one of the band at soundcheck, discussing logistics. On stage photos and backstage photos.

I remember the venue was packed. It held 1,100 people, I think. Other bands that played were DJ Shadow and Garbage. We debuted two brand new songs that hadn’t yet gotten proper recordings, “Only One” and “I Love You”, and a non-LP track we’d been playing for a few years, “Phone Machine”, a pretty gutsy move for an audience that had never heard us live. But we didn’t know any better.

After the show Merlo and I went into a tented bar area that was filled with people. A tipsy gentleman started yelling at us in French. I didn’t understand the words but the tone was rather threatening. Our A&R rep whispered the guy was a famous record label-owner. Merlo wanted to punch him. I walked to the bar and ordered a drink, and the attractive female bartender pretended like nothing was wrong.

In the morning we woke up and drove to our next show, a little bar in Dour, Belgium. But that’s another story.

This particular recording doesn’t sound bad. I don’t know who recorded it, and I don’t remember who gave it to me.