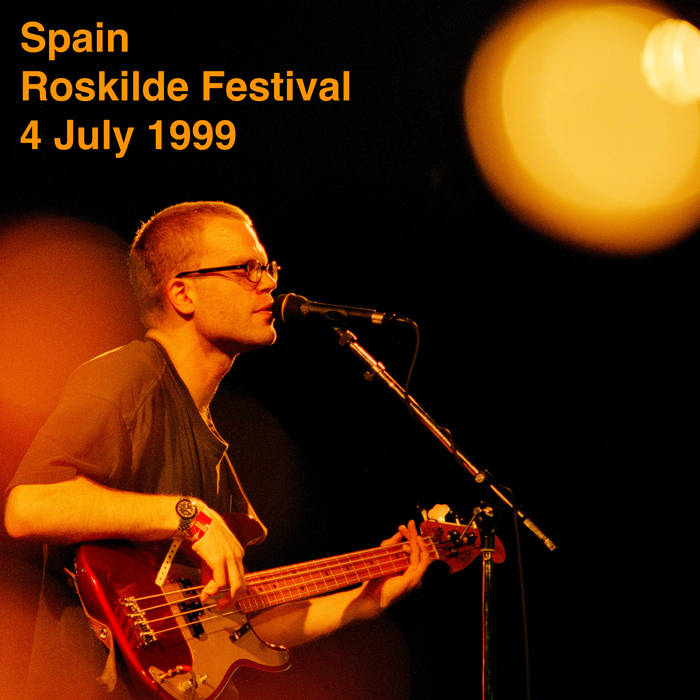 4th of July, 1999. The 223rd anniversary of the signing of the Declaration of Independence. In America, barbecues. Hot dogs. Hamburgers. Flag waving. Fireworks. Nationalism. Cholesterol.

In Roskilde, Denmark. US slowcore pioneers Spain. On the “White” Stage. 19:00. Capacity: 5,000. On the “Orange” stage: UK alternative pop superstars Blur. 19:00. Capacity: 60,000. It was war. They were the American rebels. We were the outnumbered British troops from across the ocean.

The band. Josh Haden (me), bass and vocals. Merlo Podlewski, acoustic guitar. Björn Olsson, electric guitar. Shon Sullivan, keyboards and guitar. Will Hughes, drums. Our sophomore album, She Haunts My Dreams, had just been released. We were well into the first leg of our 1999 European tour. Merlo and I were the only survivors from our first album, 1995’s The Blue Moods Of Spain. Björn the estranged brainchild and lead guitarist of famed Swedish psychedelic band The Soundtrack Of Our Lives. Shon the wunderkind multi-instrumentalist; this was his first time in Europe. And Will the experienced drummer-as-cynic, formerly of the big band celebrity-infused Low & Sweet Orchestra. He’d seen it all.

Blur were touring on their sixth album, 13. Certified platinum. Spain’s She Haunts My Dreams. Certified coal. Blur: Certifiably Breaking Decibel Limits. Every time I merely touched a bass string our stage would shake, and I had nothing to do with it. Merlo mouthed the words from across the stage, I can’t hear myself. Our intrepid soundman, the normally legendary Johan Rutjens, hanged his head, There’s nothing I can do. And yet. We soldiered on. With great power comes great responsibility. At the Orange Stage, over capacity. Loudspeakers wobbled with intensity. Men drank beer. Women drank beer, got on the shoulders of men, and spit out the beer. And you should’ve seen the beach balls. Our fans wanted to hear “Ray Of Light”. We gave it to them the best we could.

I was proud of us. Roskilde gave us a coveted spot at the festival. 19:00 July 4th was the final set of the “White" Stage on the final day of the Roskilde Festival 1999. Our work was done. We didn’t stay to watch Culture Club (21:30 Orange Stage headliners). We disappeared into the night. The next day we were on a plane to Britain. The war continued.

All songs written by Josh Haden and published by Angel Heurtebise

Special thanks to Jan Saghaug